There are not too many explanations about what moral paradigm really means. So let’s break it down to the detail by discussing moral, paradigm and eventually moral paradigm.

Moral refers to the ways of behaving considered by most people to be correct and honest. But what people? How many are most?
Morals are the laid out principles that oversee individual conduct within a society. The principles are generally agreed upon by the members of the society as right. A moral refers to what societies sanction as acceptable and right. So, anybody that deviates from these principles, or acts wrong is adjudged to be immoral. Many people connect morality with religious beliefs, but generally, morality holds an important pillar in the business world too.

Moral values ​​involve having integrity, conviction, a personal sense of what feels wrong and right. Knowing technically what is right or wrong is not the only consideration. In life, there are often gray areas that we can choose to negotiate and get them to adapt better to us. Being true to our own moral values ​​means staying firm and faithful to our code of conscience and beliefs, even if it puts us at a disadvantage. Some areas where moral values ​​are an important consideration or they could be called moral dilemmas:

These are just some of the moral dilemmas which we would like to discuss and hear Your opinion. Subscribe to hear and read even more from us.

A paradigm is a logical perception or view, known by a different or society as a clear case, pattern, and model of how belongings work in the world.

In other words, a paradigm is a way of thinking that is commonly carried out in a group of people, society, scientific field, group, etc.

A paradigm is a typical example of something. This is why the word is associated with philosophical, academic, business and scientific discussions. There are many beliefs, concepts and theories in these fields and every member of those fields has different paradigms.

Think of it this way, people with strong moral beliefs live accordingly and take actions dictated by their beliefs. Their way of life would be living according to their beliefs, showing examples and patterns of what they believe which is their paradigm.

Your individual paradigm is how you see the world.

It is based on your knowledge and experiences, it dictates your actions and reactions to other external events. An example of a paradigm is the earth being round; it is a widely accepted intellectual view. It started as a scientific theory, but it was proved to be true.

Paradigm is a multitude of habits, basic assumptions towards life, and the habitual thought pattern or mentality.

Moral paradigm is your action pattern based on moral values, knowledge, beliefs, experiences and future expectations.

Your Moral paradigm guides You through life and has a huge impact on your future. If You have a major event in Your life that changes You, Your attitude and relationships with others, there is a change that there was a moral paradigm shift.

Our MoralParadigm.com team will discuss many controversial topics which maybe will never be answered but we hope that thanks to our help this world will become better.

Moral paradigm is Your action pattern based on moral values, knowledge, beliefs, experiences and future expectations.

Your Moral paradigm guides You through the life and has a huge impact on Your future. If You have major event in Your life that changes You, Your attitude and relationships with others, there is a change that there was moral paradigm shift. 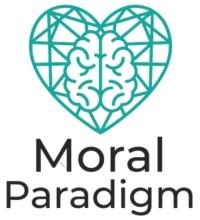 The MoralParadigm.com team will discuss many controversial ethical and moral topics which maybe will never be answered but we hope that thanks to our help this world will become better.